One day, our cashiers will be recognised for their public utility

During the COVID19 crisis, the question of “technology-only” shops could arise. But are we really ready to abandon the human relationships inherent in commerce, in favour of self-scanning cameras and robots?  And, more importantly, what would happen to the more vulnerable customers, the elderly, those in difficulty or the under-banked? If there is a lesson to be learned from the coronavirus crisis, it is the key role of people in retail, starting with cashiers.

Who has forgotten the social role that cashiers play?

Inclusion is not just a buzz word. For many retailers it is a genuine concern, while for others it is a reality. As an example, our previous article on these supermarket chains that devote a specific shopping time to people with autism disorder. And not forgetting all those who have, during lockdown, reserved certain shopping times for the most vulnerable. Recently, in Britain, another initiative has been developed: it allows older people, or those suffering from physical or intellectual problems, to shop quietly at specially designated times. Within the SLOW SHOPPING movement, 15 different shops, from a variety of brands, have dedicated a few hours a week for these people to come and shop. They benefit from individual help to choose and carry their shopping. Chairs are placed at the start of each section so that customers can rest there. Staff are aware of the process and take the time to advise and, of course, to listen. 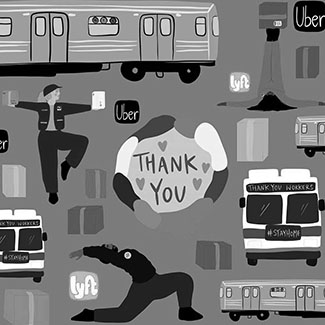 Cashiers: The final barrier in the face of the “technology only?”

It’s an endeavour that puts people back at the heart of retail, yet the full-scale deployment tests for AI and robots continue to develop in-store. Yet there is resistance, and many citizens as well as communities are showing their reluctance if not banning it completely. 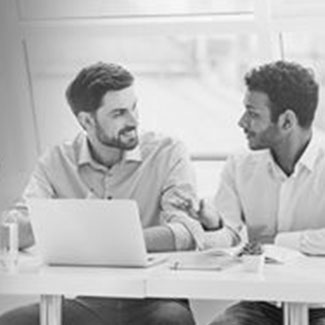 Take a look at NEW YORK, which has just banned shops and restaurants from refusing payment in cash. It puts a real brake on “scan & go” technology (which AMAZON uses in AMAZON GO stores). The city’s goal: don’t allow the digital economy to leave part of the population behind. The US city estimates that nearly 25% of New Yorkers are constantly being de-banked or underbanked.

What if cashiers become the deciding factor?

These new laws and associated initiatives clearly demonstrate a global awareness of the very function that retail plays in our society. In a service economy, however, the issue is not about confronting “digital” and “social” head on. But, rather, in this flexible world, to determine how technology can make us more available, and even more personal, in our dealings with others. Some may see an additional burden for physical commerce over online… but others might see it as a new weapon of mass preference in the face of pure players.

In some English and Dutch shops, there are now “slow” check-outs where they take time to talk to the customer. More than anecdotal, it is a real sign of times that once more value the role of cashiers in the social fabric beyond that of the store.