One day, Artificial Intelligence will write these articles.

Machines replacing man is nothing new: it’s progress. But we have to acknowledge that it can be scary, especially when AI reaches functions and areas that were previously thought to be reserved for human imagination and logic building. That is what is happening with content writing and production. Will artificial intelligence put writers, editors and journalists out of work? Perhaps not yet.

Will artificial Intelligence change our lives?

There’s no doubt about it! It’s happening already. In our everyday lives: through virtual assistants, predictive purchasing and even in surprising areas, such as classified ad creation and developing fashion trends. AI is everywhere, right up to the words we may read tomorrow. Open AI, based in San Francisco, has already launched the third generation of its flagship tool: GPT-3. This revolutionary program surpasses everything on the market by a long way.

GPT-3 (Generative Pre-Training) is a natural language processing model, which uses automatic learning to analyse and generate text. Specifically, the algorithm has been built gradually by analysing a very large amount of textual data, called parameters, which allow it to generate an infinite number of sentences. GPT-3 has incorporated 175 billion of these parameters. Its main competitor, T-NLG, owned by MICROSOFT, includes “only” 17 billion. To put it into context, the whole of the English version of Wikipedia represents only 0,6% of the data that the model has processed. The tool is able to write about any subject, such as marketing, poetry and legal; for all occasions, such as brand content and customer relations; and in any language, including computer language, such as code. Will we ever need to put our hands on the keyboard again?

Artificial Intelligence has the last word.

Despite a series of inconclusive tests in recent months, GPT-3 still faces two thorny problems. The first is its size. To install it, the algorithm requires machines capable of a power that few structures have today. The second goes to the heart of the content. When content is too long, GPT-3 doesn’t always manage to maintain consistency or stick to global guidelines. These may only be small adjustments that a new version can correct, unless the creators decide to rein in technology. OPEN AI recognises the capabilities of this breakthrough and the effect it could have. It has kept it reserved for a handful of researchers and companies for the time being. Imagine what would happen if a programme like this were used to generate conspiracy theories, rumours, and fake news en masse? Sounds like the start of a sci-fi novel – perhaps written by Artificial Intelligence. 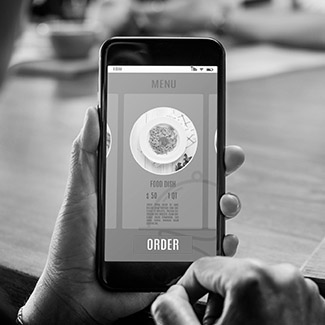 AI is everywhere: even in writing and content creation. Some areas see it as a windfall, paving the way to increase business. But it could be dangerous if the technology falls into the wrong hands.

One day, the hypermarket will mirror the app.

One day, bank cards will be virtual and single use.

One day, virtual travel will be better than doing it for real.