After contactless payments, using a digital print or iris recognition, now it’s the voice’s turn. GOOGLE and AMAZON have both tested and used voice recognition for some time. #oneday tells you all about it!

What is vocal recognition?

Smartphones, connected devices, televisions, cars, assistants…Vocal recognition is now an integral part of our daily lives. In 2019 more than 146 million smart speakers were sold worldwide…that’s 70% more than in 2018. Starting a sentence with “OK Google”, “Hey Siri” or “Alexa” has become perfectly natural. And it’s not escaped the GAFAM and retailers who have spotted an additional opportunity to develop customer experiences around what is now called Voice Commerce. But to perfect the experience, all that was missing until now was the final step in voice shopping: payment.

And the very first off the mark is AMAZON! Since the end of 2019, Indian users of Echo Dot smart speakers have been able to pay their cable television, internet, gas, electricity and mobile phone bills by voice command using AMAZON PAY, the brand’s digital wallet. Choosing India to develop and implement this new feature is no coincidence. In 2017, the country launched a vast dematerialisation policy, aiming to eliminate all paper bills. The choice has been profitable as Jeff Bezos’s company has seen its number of users increase threefold. So many new potential captive customers for its products and marketplace!

Clearly, the other giant in the vocal assistant market couldn’t sit by and watch. GOOGLE responded by allowing Voice Match, a feature which can identify up to 6 voices per speaker, to be equipped with a payment function. Currently being tested in the USA, voice payment for the company Mountain View is of interest primarily those people using connected devices that do not have an integrated camera or fingerprint reader. In terms of security, the voice payment option cannot be set up until it has been activated by the GOOGLE account holder using their secure password. And to avoid inconvenience or unexpected repeat orders, the number of purchases per day and the amount spent can be limited. And that is reassuring.

Will voice payment be everywhere soon?

Most certainly. The history of payment methods has taught us that every innovation which moves towards fluidity and simplicity becomes essential in the customer journey. If you need convincing, just look at how the absence of contactless payment is now seen as such an inconvenience at the point of payment. All the more so in the context of the pandemic, not having to take your wallet out or to touch the payment terminal can be seen as reassuring. In the near future, there’s a strong chance that vocal recognition will give voice to all shoppers! 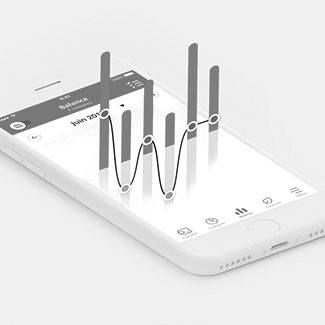 This is it! Voice payment is a reality. Soon, in just a few words we will not only be able to do our shopping but to pay for it in total security. This is a major step forward in the fluidity of the customer experience…and further proof of the GAFAM’s omnipotence in the e-commerce sector.