One day, recycling will be the only option.

On 31 December 2017, China closed its doors on global imports of recyclable materials. In doing so, the world has had to face up to its waste responsibilities, particularly for sorting and recycling. It’s a decision that has caused, and is still causing a problem, but it is also inspiring some major advances.

Where does our recycled waste go?

In developed countries, recycling is constantly evolving. People are now aware of how important it is to sort waste and they do as much as they can or want to. Problem 1: for years, the recycling capacity of a number of countries has not been able to keep up with the volume produced nationally. European countries, the United States and Russia have grown used to exporting their recyclable waste to Asia, particularly to China and Hong Kong. In 2017, these two states bought up to 60% of plastic waste from the G7 countries. But in 2018 everything changed, which led to Problem 2: China was confronted by its own national consumption and it no longer wanted to be seen as the “world’s rubbish bin”.  It therefore drastically tightened entry conditions for waste, while not banning it completely. As a result, purchases of plastic alone fell by 10%. The so-called rich states have been forced to find another channel or to treat the waste themselves. 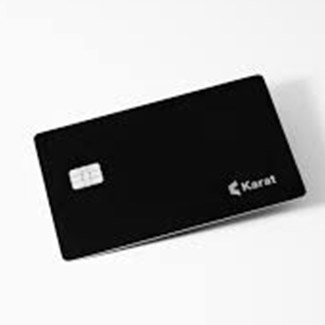 What should we do with our recycled waste?

This is the BIG question. While some countries, such as the United States, are choosing to regress by burying the waste, others are tackling the problem head on. This is the case in Europe, with the banning of certain materials, such as PVC (think straws, cup lids and more). Other countries are showing the way. In Japan, the government is getting involved but so are the people. Some towns are aiming to become 100% recyclable. They have cancelled rubbish collection and replaced incineration plants with sorting centres. Residents are invited to bring, drop off and sort out their own pre-cleaned waste in one of the 45 categories of bin available. And it works! Recycling is now up to 80%! Just goes to show that it is possible!

Let's all aim for zero waste!

For waste sorting and recycling to work, a combination of factors is required: government buy-in, an engaged population and the availability of dedicated infrastructure. So you can bet that a number of new initiatives will emerge. Such as the increased development of eco-organisations that specialise in recycling batteries, lamps, ink cartridges and other connected devices (less than 18% are collected and recycled today). Restrictions should also continue to develop. Especially for China which is now overwhelmed by plastic, particularly with the explosion in home meal deliveries (in less than 2 years, this waste has increased nine-fold). And don’t forget some brands’ and manufacturers’ innovation: they have been designing biodegradable and even edible packaging which are increasingly respectful of our environment. If recycling is the lessor of two evils, the best waste is the one we don’t produce.

Consumers, distributors, brands, manufacturers, public bodies, financial institutions…. if we really want to increase recycling and stop waste accumulation, it’s down to each of us to take responsibility and to question existing models.