One day, even individuals will offer contactless payment!

Tomorrow, we’ll all be able to accept contactless payments with our smartphone

It’s an understatement to say that mobile phones have radically changed our lives and our relationship to payment and to money in general. While they have, of course, simplified payments  as well as transfers and the exchange of funds, the payment collection dimension was still missing. Driven by Samsung, Visa and INGENICO, among others, this has now been achieved. It’s a step forward that could make life easier for millions of small traders around the world and that of the occasional seller’s market as well. 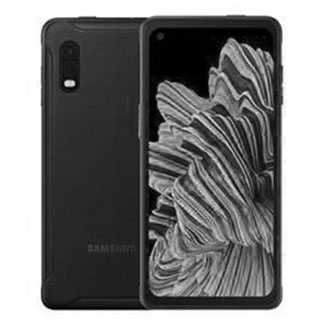 In emerging markets, it is estimated that small and micro-enterprises alone generate 40% of their respective countries’ GDP. But with a very low equipment rate, only 10% can process digital payments. To meet these growing needs, SAMSUNG, in partnership with VISA, unveiled a brand-new smartphone at the beginning of the year dedicated to professionals, and more broadly to those who work in the field. Named Galaxy Xcover Pro, this robust 6.3 inch phone is water and dust resistant, has a removable, rechargeable battery and a screen that can be used even when wearing gloves. But its biggest strength is on the inside: it has an NFC payment terminal that can accept contactless payments without the need for additional software. At around €450, it is a very accessible solution for millions of retailers.

What if all phones became payment terminals?

Why not? At any rate, that’s the ambition of INGENICO, one of the world leaders in integrated payment solutions. In 2019 this French company introduced the concept of a “tap on phone” application. This time there’s no need for a dedicated device. The app could be downloaded to any consumer smartphone. The trader would simply place the credit card on the phone so that the app can detect the number. To validate and secure the payment, the customer should then enter the 3-digit cryptogram on the back of the card. For now, the app is only at the preliminary stage. If it were to see the light of day, it would of course reduce the costs and investment associated with the creation and development of trading activities. But there is no doubt that it would also give a serious boost to the “tomorrow, we’re all retailers” trend that is already driven by collaborative platforms and drop shipping solutions.

Contactless payment: an increasingly widespread movement that could “come out” of sales outlets and be accessible to small businesses and even individuals. This will make it easier and more secure with the introduction of an innovative payment terminal, and will also continue to blur the boundaries between professionals and amateurs.

One day, AI will save the paper catalogue

One day, data will drive my car insurance budget!

One day, our holidays will be local, sustainable... and unforgettable!